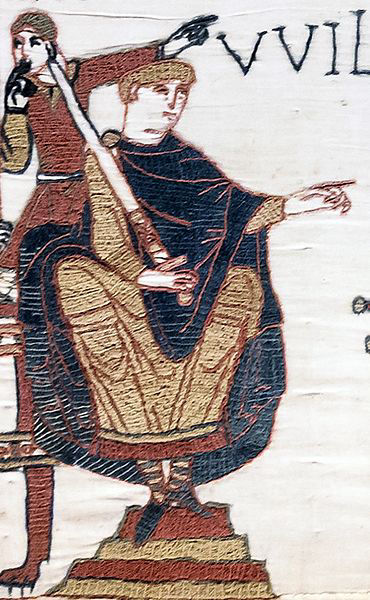 William 1 (1027-1087) also known as William the Bastard, was the bastard son of Robert Duke of Normandy and Herleva the daughter of Fulk a tanner of Falaise ; but was accepted by the nobles in his boyhood as Duke after Robert's death at Nicaea in Asia Minor.
" William was a man of extraordinary power, and of many virtues intellectual and moral, a certain greatness of soul being the chief.
To Englishmen the value of their Norman conqueror has been principally this, that he was the founder of strong government in England. William was a great reformer in ecclesiastical matters." His “ separation of secular and spiritual courts was a measure of supreme and far reaching importance." To the Pope, William was ever careful to show himself a considerate and respectful son, even on such occasions as when he firmly resisted the claim made by Gregory VII to feudal homage. It has been said that he was "the most masterly spirit of the most masterly race of his time."

Here you can find out more about William on Wikipedia.